Attached is a project with six skins, each with a slightly different twist on a title text box for a tour.
This project is mainly for inspiration but you are welcome to use any parts for your own projects.

Skin Title One
This skin uses a variable and a timer for animating the opening sequence of the text box.
The Variable:


The Timer has the actions: 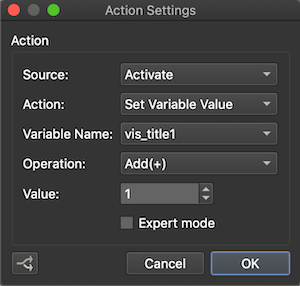 
The next action will stop the timer: 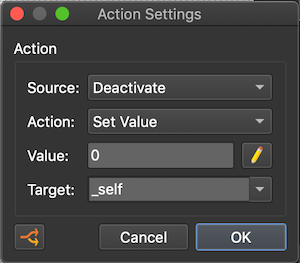 
To stop the Set Value action from stopping the timer on open it uses an action filter:


So when the variable reaches the number 6 the Set Value action will stop the timer.

The container Title1 Con1 is set to Masking so elements outside of the container will be masked and only visible when inside the area of the container.
It also has CSS formatting that gives the text the skew. Under the CSS Styles you will see:

With this in the container, all child elements will also have the same skew.

The Element Title1 Rec Background is positioned outside of the masking container and has a Position Logic block:


When the variable gets to the count of 1 the element Title1 Rec Background will slide down into view.
The text box Title1 Text1 is also positioned outside of the masking container to the right, it also has a position logic block:

The Text box formatting can be found under the CSS Styles Inner Element:

This is what gives the black border around the text:

Skin Title Two:
This skin is basically the same but now the element Title2 Rec Background has a radius of 5.
The Text box has the CSS Styles Inner Element of:

This creates a deboss text effect:

Skin Title Three:
This skin is again similar but the animation rectangles now expand from the centre and also animate with every node change. This is done by setting the rectangles Scaling Y: 0% and then the logic block sets them back to 1.00. The actions to repeat the animation on node change are: 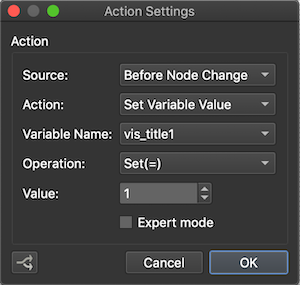 
The above action sets the variable to 1, so it skips the text slide in animation as this would probably be too much for each node change. So the text remains in view and only animates the end rectangles.
The below action sets the timer from 0 to 0.125 so starting the timer. 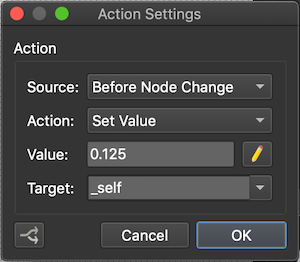 In the element Title4 Rec Background, it has the CSS Styles:

The same CSS is in all the rectangles.
You can make your own textures or Google them.

Skin Title Six:
This skin uses two textboxes but the skew is set 15 for the top test box and -15 for the bottom one making an arrow effect.

To further enhance this project check out the using Google Fonts video: https://ggnome.com/doc/pano2vr/6/html-css/

Of course, you can use the same CSS in Tooltips for Hotspots.
Regards,
Hopki

Hopki
Garden Gnome Support
If you send an e-mail to support please send a link to the forum post for reference.
support@ggnome.com
https://ggnome.com/wiki/documentation/
Top
Post Reply
1 post • Page 1 of 1