Hi,
Here is an interesting project that uses a timer, custom node ID, variables and a tag.
The request was to have a multi-node tour but some of the nodes to have different view states, panoramas taken at different times for the same node. The different view stats should automatically scroll around.

Use the hotspots to change nodes. Go to node 2 and wait for 5 seconds, it will start to change view states.
In the attached project the main tour has the date 2010, but node two then has view states changing to 2011 and 2012.

However, the nodes that have "View States" have the addition of a custom Node ID, I am using vs1, vs2 and vs3 for the three View State nodes in this project.

You will also see that in Panorama Two (vs1) I am using the Source text box to enter the next View State node that should open.
So in the node vs1, it has vs2 in its source text box. Node vs2 will have vs3 in the source text box and so on. 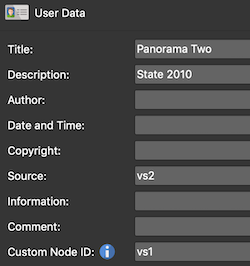 
The nodes that have view states also have the tag "vs".


In the skin there is a text variable called "node", there is another but this is the one needed for the project.
The only other needed element is the timer, Node Change Timer.
This is set to Type: Start
Timeout: 0.000
Repeat: Toggle

This also has actions that control the project.
The first action: 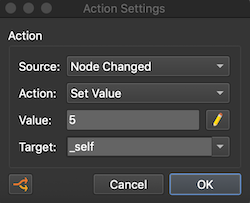 
On node change, this sets the timeout value to the timer to 5 seconds.
To stop this happening in every node it has an action filter:


This will only allow the action to execute when the node has the tag "vs".
The next action is also a Node Changed action but this time to stop the timer. 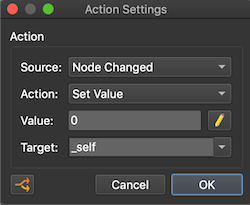 
This has the action filter looking for nodes that do not contain the tag "vs".


The next action resets the variable "node" on each node change. 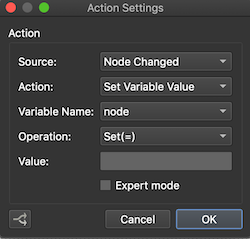 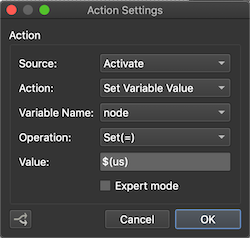 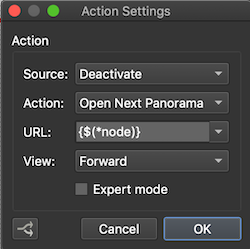 
This will change the node when the timer deactivates using the custom node ID in the variable.
That's about it.
Regards,
Hopki

Users browsing this forum: No registered users and 11 guests