Close map on startup in mobile

I'm trying to hide the map when loading the tour on a screen smaller than 400 or a mobile. I want to toggle the map in a smaller screen according to my needs.

I create a toggle button to show or hide the map.

Are you using the V6 skin or is it a custom skin?

Is this what you are looking for. If you view this link https://p2vr.s3-ap-southeast-2.amazonaw ... index.html

On a mobile phone screen the map is initially hidden and toggled by clicking on the map icon.

The map on the desktop resizes as the browser window changes size.

Okay, here's what I've done and tested on an iPad Air and Samsung S8.

1. I created a variable: vis_map set to True

2. On the map button I created an Action; Mouse Click | Set Variable Value | vis_map | Not(⌝) - (So when the mouse click happens the variable is set to the opposite it was before the mouse click.)

4. The initial Size setting for the map_rookery element is Width 40% CSS and Height 50% CSS (I'm using CSS as I want to be able to have the map scale on the desktop and tablet but be a fixed size on the phone.)

5. The Size Logic Block setting has 2 blocks with 2 Triggers. 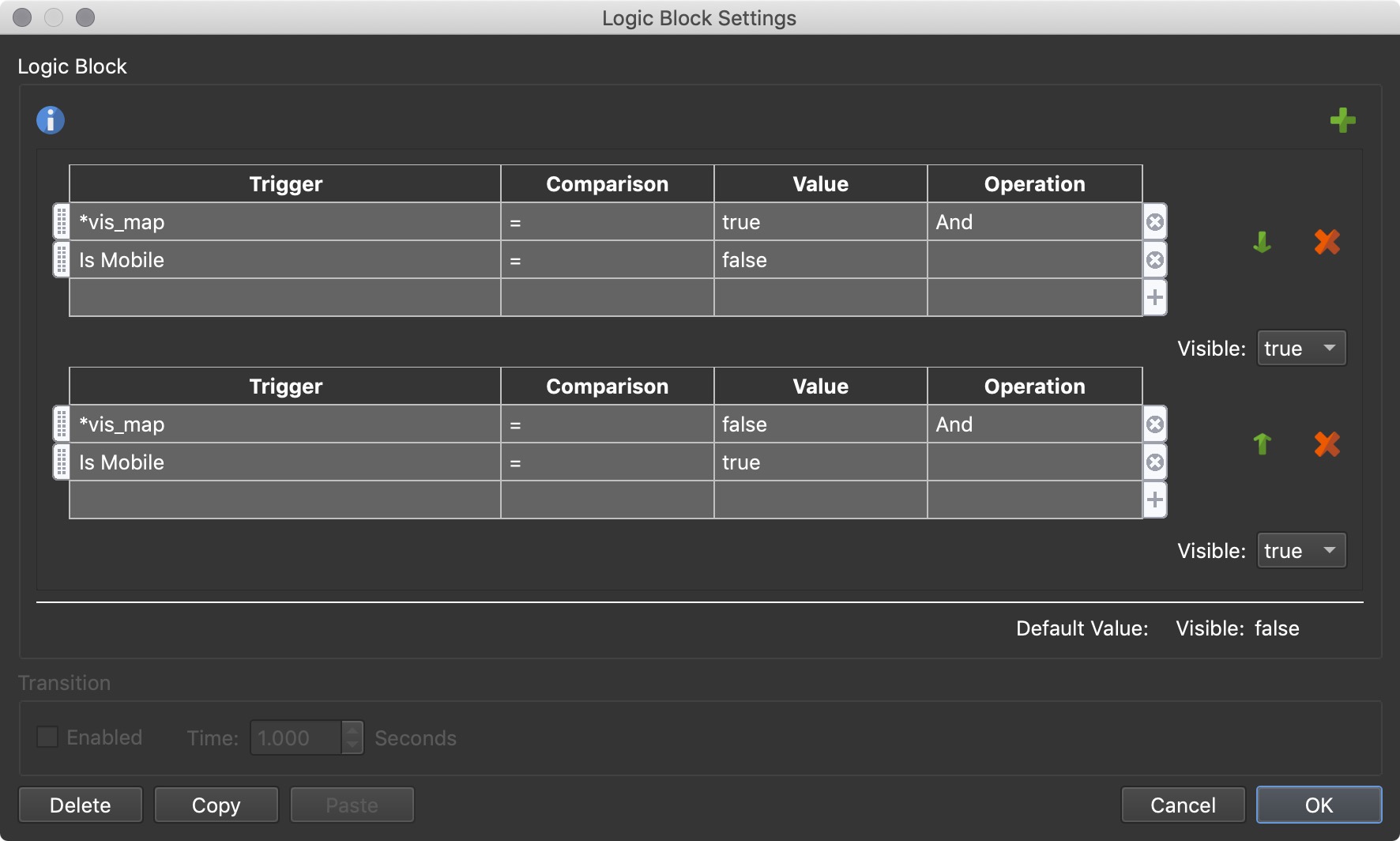 So the default state of the variable vis_map is True. So when the tour is viewed on a desktop (Is Mobile = false) thenit's

8. The initial setting for the map_rookery element Visibility is unchecked

9. The Visibility Logic Block setting has 2 blocks each with 2 Triggers. 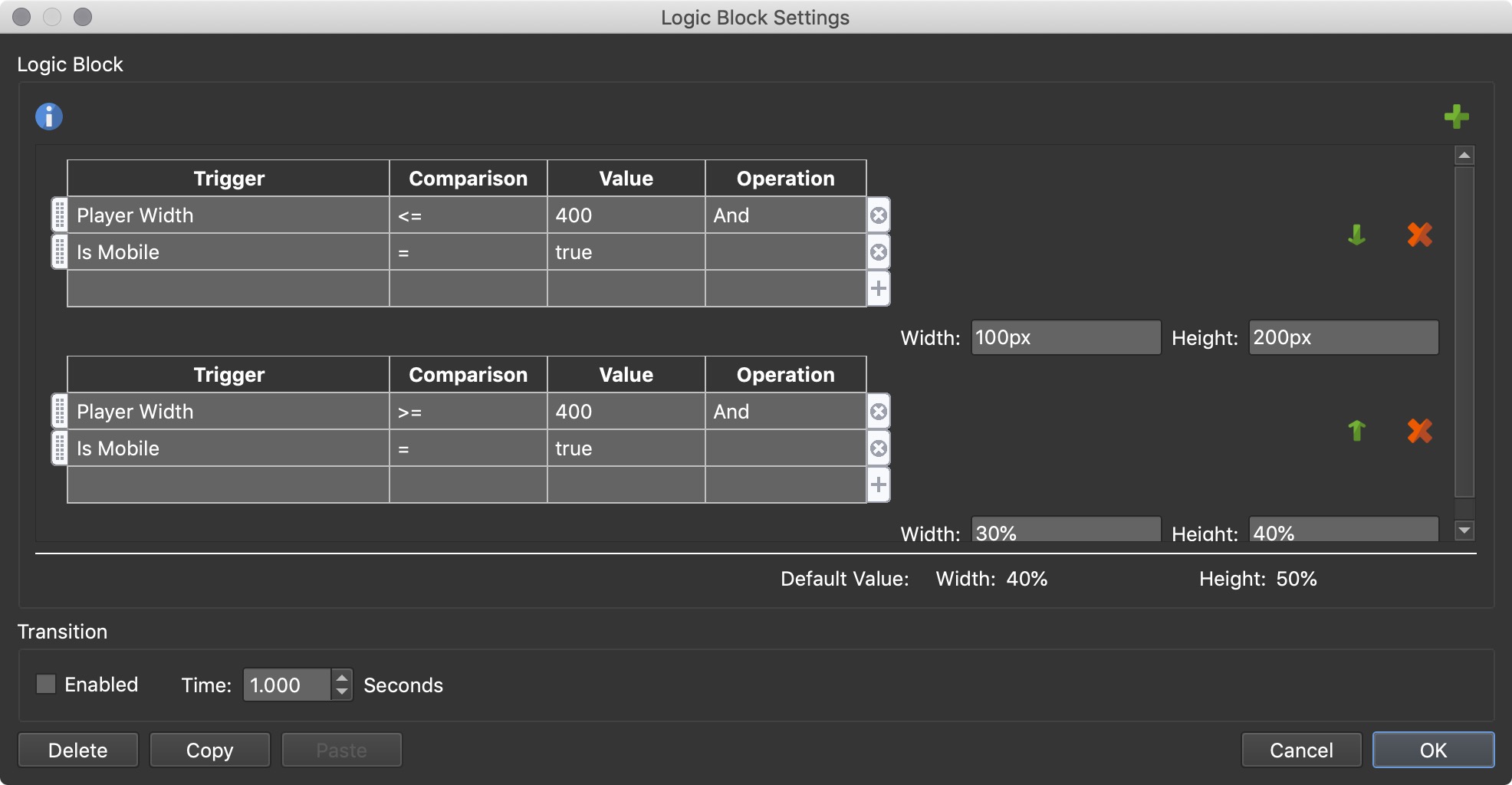 
This means on the desktop the map is initially visible while on an iPad/Tablet/Smartphone the map is initially hidden. Because the Mouse Click changes the variable to the opposite of what it currently is, clicking on the map button set it to false which then set the visibility to true on a mobile.

Thank you for your help