I've attached an image of a simple project to illustrate my issue.

I've figured out how to create a 'rollover' action so that when I roll over a tour node icon, history about that particular node pops up. They all pop up in the same location, centered above the list of icons.

I initially had 3 tour nodes and then created three rollover popups. I offset them so they would function correctly as I rolled over each one. That's all fine.

The issue is, if I have say, 8 nodes, I'd have to create 8 rollover items in the canvas. And with more, when you have to scroll to get to node icons, I think it would be difficult to create all of the rollover items.

Question, how can I create one rollover set and a bunch of popup image thumbnails and then code it so that the rollover increments as I move from node icon to node icon? It would be something like if I was over node 'Icon +5' (the sixth icon from the first/leftmost icon), it would call the popup thumbnail that I assign to +5.

I'm not sure if I'm explaining it well but I'm trying to create one rollover event and a bunch of popup text images and have the right one popup as I roll over an infinite number of node icons. 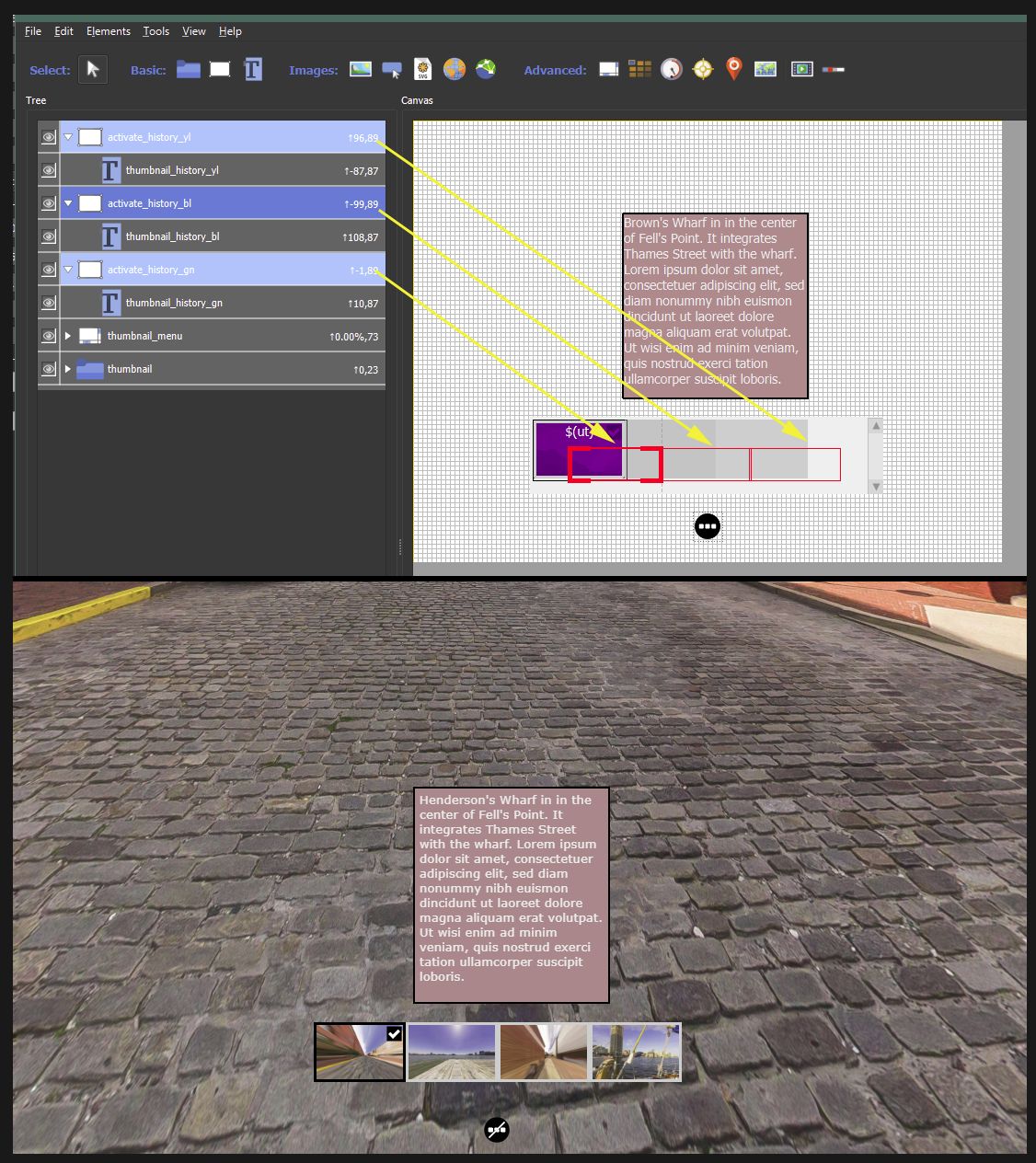 Hi,
At the moment there is no way to use a cloner and do as you want.
But you can use node images in a container then this in a scroll area.
If you have a physical node image per node then you can give it actions to open and close text boxes.

The following is a Pano2VR 6 pro project.
I set a numbered variable which shows the text box and also selects which text to display in the text box, text logic block.
I added node images in the skin then and spaced them out. Then wrapped a container around them.
Then put the container into a scroll area.
Each node image has actions, to open the required node, scroll to view and then on mouse enter change to variable value to its number and on mouse leave to change it back.

The text box has a visible logic block that say more then 0 show itself.
Then a text logic block to show the corresponding node images text.

Hopki
Garden Gnome Software Support
If you send an e-mail to support please send a link to the forum post for reference.
support@ggnome.com
https://ggnome.com/wiki/documentation/
Top
Post Reply
2 posts • Page 1 of 1