How can I make a skin element show up in ONLY one node?

A bit stumped here - I want to have an element (thumbnail picture) show up in only one node of a six node tour. The thumbnail picture is to link to a node that is not to be included on the map. I don't want this linked node included on the map as it is secondary.
I have tried adding a mouse click action to the node marker but that only causes the link to the node to stop working. I have also tried a container that has the action and with its proxy id set to the node but I can't get that to work.

Does anyone know of a way to make this happen?

Picture attached by way of explanation. 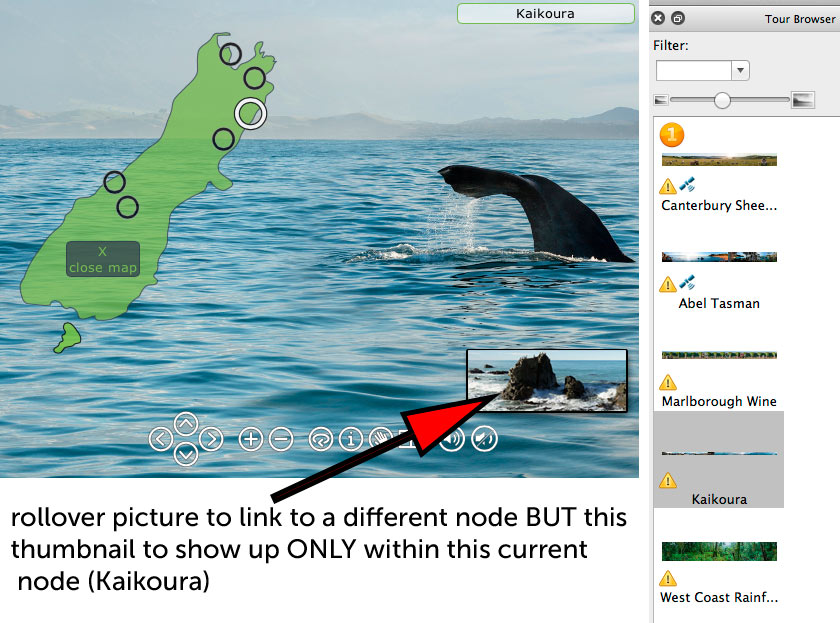 Hi this can be done using this action: thumbnail visibility hidden. then in the current node marker use activate show element & deactivate hide element , target is Thumbnail.
Top