I have 2 sets of images.

I can get one set to show or the other but not both. so if it shows on mobiles no image on desktop and versa.

The logic blocks control the items in the container in both instances. What am I missing? 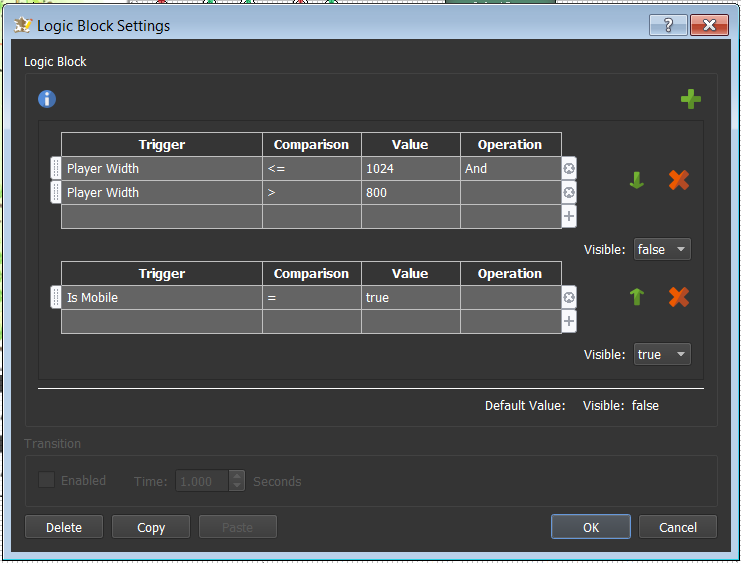 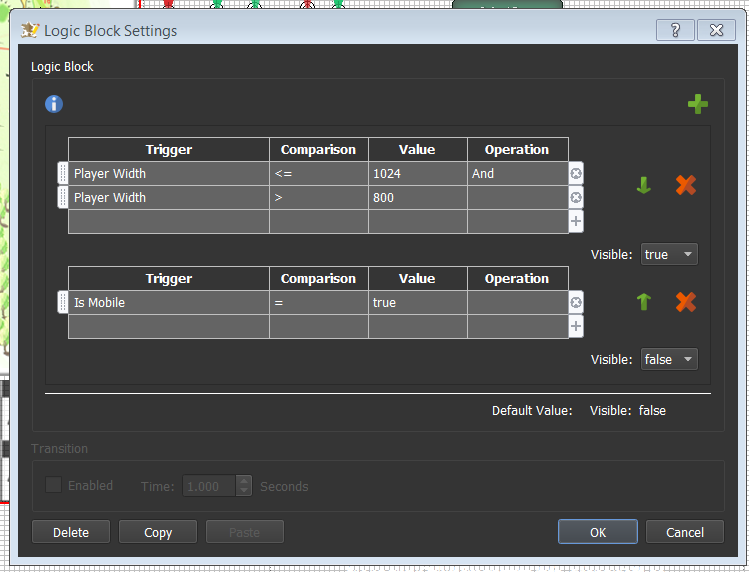 If it looks impossible you just have not found the right angle to view it from.
Top

Hi Mark,
The way logic blocks work is you have an expression that is made of conditions.
If you have more then one expression, then the first that meets the conditions is actioned and the following one is ignored.

In your second screen shot as an example your saying if the player is between 800 and 1024px then hide it.
It will not look at the Is Mobile expression as the firs is met so will stay hidden.

So the images will only show if the player is between 800 and 1024, but depending if being displayed on a mobile or not will determine if image one or two is displayed.
Regards,
Hopki
Hopki
Garden Gnome Software Support
If you send an e-mail to support please send a link to the forum post for reference.
support@ggnome.com
https://ggnome.com/wiki/documentation/
Top
Post Reply
2 posts • Page 1 of 1