Hi all
I am using 'Lolly Hotspots' (circular ht_nodes which expand and fill with node image on mouse-over). I've added labels that popout but I have several hotspots close together and end up with overlap. I know I can redo the labels so they are above/below the hotspot which would solve this specific example but wondered if there was a way of hiding all other hotspots on mouse-over as I've had a couple of other tours that could benefit from this too, where there are multiple hotspots in close proximity to each other.

Any solution or pointers would be really appreciated!

Here is an example using two Point Hotspots, Hot One and Hot Two, and one Hotspot Template. 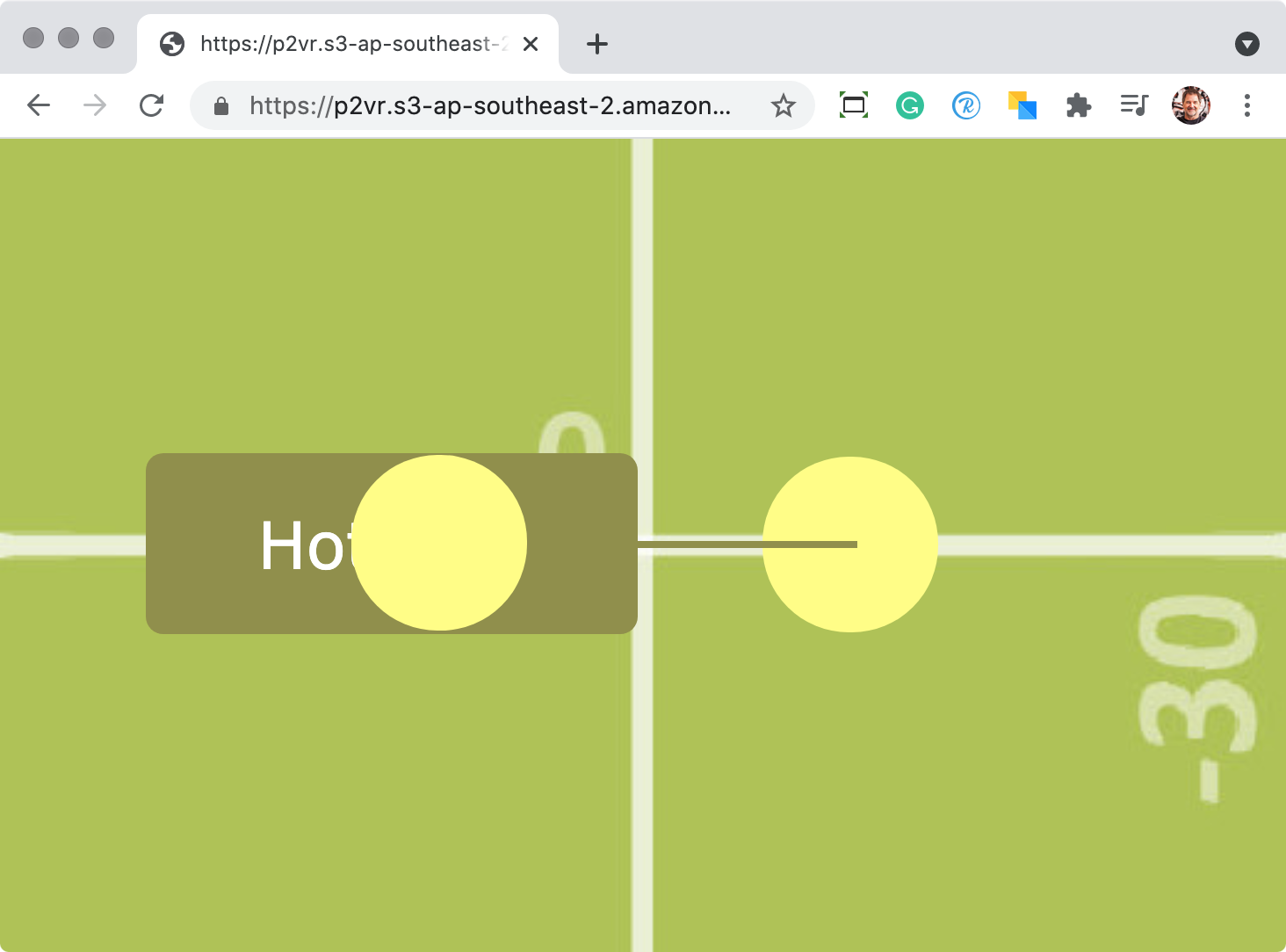 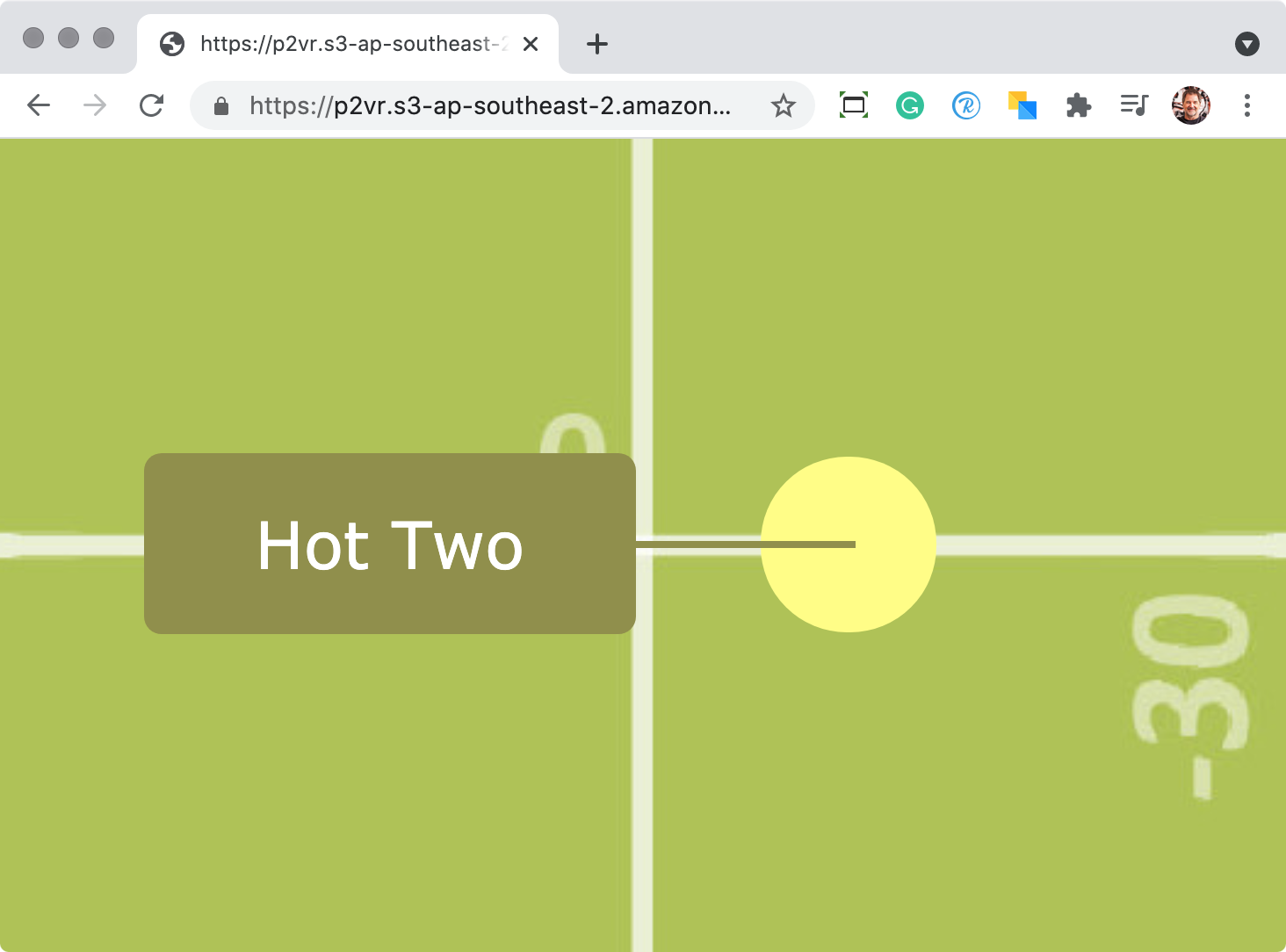 Thanks for taking the time to reply, especially with such clear screenshots!

Originally I was looking for way to hide all other hotspots when mouse over a specific one, but realised this probably wouldn't be possible when they shared the same hotspot template. I had found another thread in the forum about overlapping hotspots and Z-index was mentioned as solution so I did try changing the z-index of the popup-label, but looks like I didn't try setting z-index of the popup AND the circle.

I'll have a go using your pictures as reference.

Not the first time I've found your information really useful, so again, many thanks Tony.


Thanks for taking the time to reply, especially with such clear screenshots!


Originally I was looking for way to hide all other hotspots when mouse over a specific one, but realised this probably wouldn't be possible when they shared the same hotspot template.

Not so! I found a way to hide another hotspot even if its only using a single hotspot template

Is this what you are after?

Sorry, I've really been trying and just can't get it working. My structure was a bit of a mess with containers and positioning so I've tried to replicate your hierarchy. I've got a z-index of 60 for the circle and the circular image for the actual hotspot, with container above which holds the line and popup-label (this container has a z-index of 80).
Thing is the label still appears under the white circle of neighbouring node.
I've also now messed up the fade and scale of the label and line so that's no longer working, think due to re-ordering the components (I removed the logic for fade and scale and can't get that working again with new structure. Think I'm having one of those days!

Yes, the example you just posted was what I was originally looking for, but hiding all other hotspots. But I'm now determined to get hang of z-index as it clearly works in your first example and really want to understand what I'm doing wrong.

I have attached my skin with all the other stuff stripped out, just in case you were feeling charitable and had time to cast an eye over it

You can download a zip with the files at https://p2vr.s3-ap-southeast-2.amazonaw ... -INDEX.zip

Thank you so much Tony, that's brilliant!

I've found some of your Pano2vr "Little Bits' useful before and I really appreciate your help today. Top bloke!

Here's the skin with the hide hotspot elements.

Hi Tony
Hiding the other hotspots on mouse over was my original plan but wasn't sure if it would be visually jarring for them to all disappear, I can check it out for myself with your supplied file, thanks

Interested to see what logic/actions are used to achieve it.

Cheers Tony, really useful and am sure there will be others will find it useful too.